While Ford is preparing to pull the curtains open on the all-new Bronco tonight, Jeep is showing off some excitement during the day by way of the Jeep Wrangler Rubicon 392 Concept. This is the first near-production ready Wrangler with a V8 that Jeep has shown, and looks ready to go on sale as it sits. 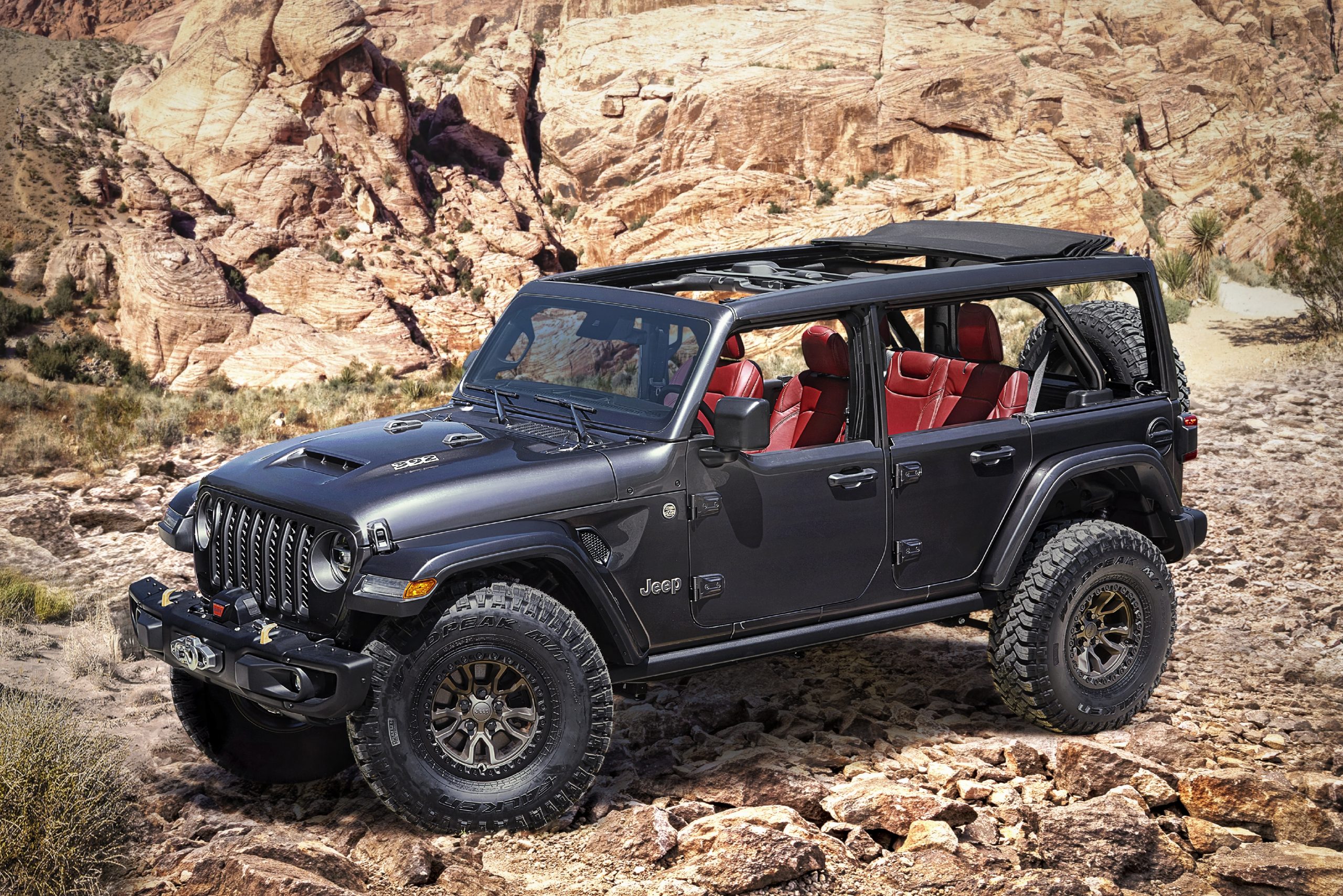 As a current and past Jeep Wrangler owner, a V8 powered Wrangler has only been something that existed in my dreams. I love the tried and true Pentastar 3.6 in my current 2018 JL Unlimited Rubicon, but who wouldn’t want more power? Jeep owners like myself have been begging Jeep to give us a V8 powered Wrangler, and have been met with reasons that are mostly governmental crash test related, mostly that there isn’t enough crumple zone ahead of the V8 fitment to meet regulations. The aftermarket has stepped in and will shoehorn a HEMI V8 into your Wrangler at a cost around $25,000 plus the cost of the vehicle. That’s pretty steep for a heavy, warranty-voiding operation.

This Jeep Rubicon 392 Concept gives us hope that a factory V8 offering might not be too far away. This Concept has the beloved 6.4-liter V8 that we’ve come to love in all SRT products and makes 450 horsepower and 450 pound-feet of torque. The eight-speed transmission has been beefed up in order to accommodate the extra power and torque. The transfer case is a two-speed full-time 4WD unit with electrically locking Dana 44 axles, front and rear with a rear-axle ratio of 3.71:1.

There are a few added bonus features to round out the Jeep Rubicon 392 Concept. The V8 Wrangler gets the Mopar 2-inch suspension lift that Wrangler owners can equip their own vehicles with today, and half doors that JL owners have been begging for since 2018 when the JL launched. The metal bumper upfront is fitted with a Warn winch integrated into it.

Personally, while I love the idea of a V8 Wrangler, I love the idea of a twin-turbo straight-six engine better. I’m not sure a V8 is the right engine for the personality of a Wrangler. I want more power, but I also want balance. The long-rumored turbocharged straight-six would give both of those things without the fuel economy and weight penalty of the 6.4-liter V8 shown in this concept. That said, I’m all for more enthusiast models of any configurations and I hope Jeep brings this concept to reality! 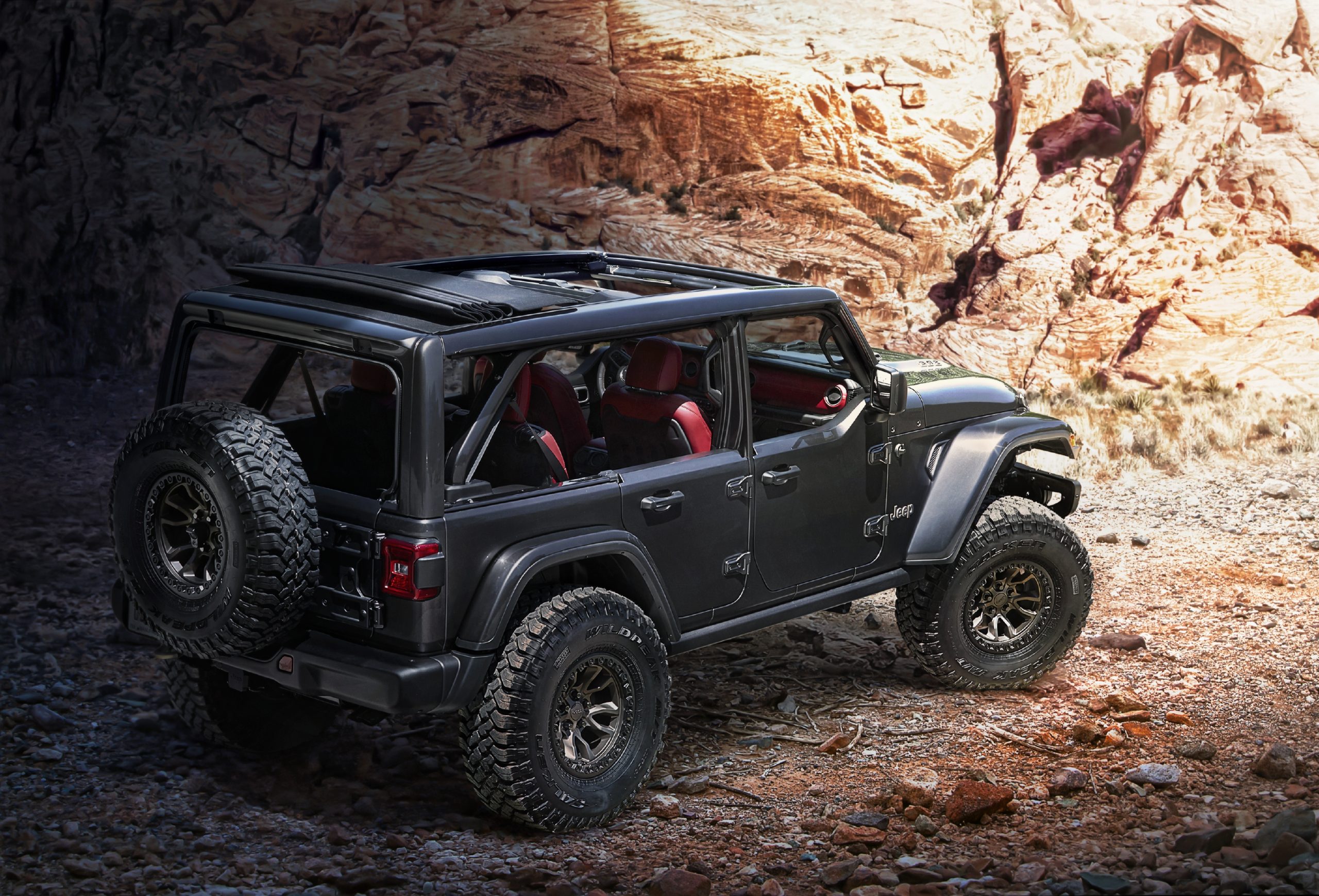