What’s the point of launching a new vehicle into a crowded segment if it doesn’t boast clear superlatives out of the gate? Manufacturers on the comfortable side of the perception gap can afford to launch anonyboxes. That doesn’t describe General Motors. GM must deliver premium vehicles at every price point to solidify their image, and the GMC Terrain is outfitted for the task. Ambient lighting in the center stack, high-contrast upholstery accents, a standard rearview camera and an optional height-adjustable power liftgate might’ve been enough to differentiate this crossover from its competition, but the Terrain pushes farther in two especially meaningful ways. As society begins to value the aesthetics of information, the advantages of a well-designed user interface become clear. GM’s corporate navitainment display splits radio and navigation data to give drivers the information they need at a glance, and hardware radio presets mean drivers can rely on haptic defaults instead of paging through screens. On the road, the Terrain’s high-efficiency gasoline direct injection engine and noticeably meticulous transmission calibration work together to deliver enviable highway fuel efficiency that trumps cross-continental rivals. These future-forward technologies enable the Terrain to compete on its true merits, rather than the cachet of its nameplate.

In my youth, when one-way buff books were the end-all auto media, the Chevrolet Corvette was a ubiquitous staple in any magazine’s “supercar shootout”. Today, in an era where spoiled enthusiasts yawn at engines under 300 horsepower, the Corvette has been demoted to a  “sports car” by those who won’t grant status to anything less than a Veyron. When did car guys become jaded to the Corvette’s timeless targa top, fighter-pilot-style Head-Up Display gauges, and a 186 MPH top speed? Does a pricetag under $50K reduce the Corvette’s credibility?

Nope. It sure as hell makes an auto writer smile, though.

Any “enthusiast” who writes off the Corvette’s 6.2-liter LS3 V8 because of its pushrod design simply hasn’t driven the car. In one application, General Motors proves every negative pushrod stereotype wrong. The LS3 revs freely. Its soundtrack is thick, melodic and technical. And, thanks to the ‘Vette’s light curb weight and an extra-tall sixth gear ratio, the LS3 is stunningly fuel efficient. If the heart of a supercar is its engine, the Corvette’s world-class LS3 is the only credential it needs.

Port the powertrain to an unexpected form factor, and its versatility shines. GM’s Australian subsidiary Holden has been perfecting the formula for years: mate a solid Euro-tinged chassis to a brash American powertrain, track the beast every weekend, and call the car home-grown. For a limited time, North America was able to sample Holden’s signature brew via the Pontiac G8 GXP. It’s a shame this relaxing rocketlounge was unceremoniously buried with the Pontiac arrowhead.

Both cars’ interior idiosyncracies will be easy fodder for critics who fancy themselves experts on shutlines and trim interfaces. Those that prefer stoic status-cars will likely be left dusted and bankrupt by badges that can’t deliver the LS3’s classic bang-for-the-buck.

Faithful Ford truckers often fall into a dichotomy. Lightning enthusiasts crave quick rigs to gain cred at the track. Bronco fans miss muddy rockcrawlers meant for trails. Ford’s Special Vehicle Team could’ve easily built a truck for either purpose, but as guardians of automotive culture, it’s not their duty to take a safe route. SVT rethought “speed truck” ethic entirely. Instead of engineering a tire-shredder, SVT focused on sustaining high speed off-road in a way that no stock vehicle has before. The 2010 Ford SVT F-150 Raptor tackles both asphalt and desert sands so masterfully that it is instantly deserving of supercar status. The Raptor’s victories in design, safety, navitainment and ergonomics mean that it isn’t just a great truck — it’s a great vehicle.  Children will mount posters of this desert bandit on their walls. In an era of lowest-common-denominator commodity cars, that’s indicative praise indeed.

If you weren’t able to follow my Tweets from the introduction, this video preview of the 5.4-liter V8-equipped model should tide you over until this winter, when Ford will begin shipping faster Raptors equipped with a new 6.2-liter V8. You can expect a full review from Speed:Sport:Life then.

Behind Domed Doors: At GM, R&D means “Research and Design”. 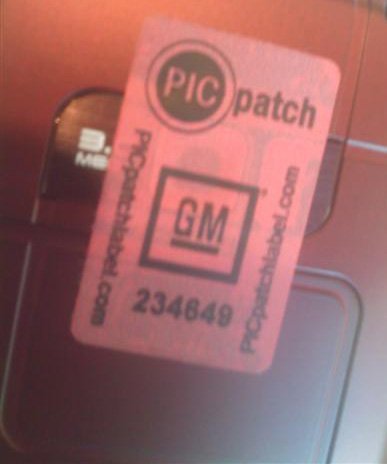 END_OF_DOCUMENT_TOKEN_TO_BE_REPLACED

The Pikes Peak International Hill Climb is a relevant, engineering-driven, lightly commercialized race endangered by uncorralled fans’ lack of common sense, the commoditization of the car, waning manufacturer support, and the paving of the roadway.

If you didn’t go this year, you need to be there in 2010 — before inevitable filters change the event forever.

In wild western Colorado, both vehicles and footwear are earth-toned and traction-centric. For outdoorsy natives that may very well burst into a 20-mile hike or interstate whitewater trip at any moment, camping on the Peak is akin to a passport stamp. Camping is permitted only once a year, on the day before the race. It’s feasible, then, that a sizeable portion of the yearly attendees are drawn primarily by the prospect of personally taming the mountain, and stay for the race out of both casual curiosity and convenience. Those considering doing this will want to come well prepared to brave the outdoors. Using sites like Outdoor Empire (read more: https://outdoorempire.com/best-tactical-backpack/) can help you to source some of the essential gear and equipment you might need while taming the mountain. Staking a spot on the mountain entails a steep $100 charge per car. Proceeds benefit the US Forest Service, which cedes control of the mountain during practice sessions and on race day.