Category - I Speak For The Trees

Future Shock, Part One: A Quick Spin In the 2011 Chevrolet Volt

“I Speak for the Trees” contributor Charlie Lawton has returned to S:S:L with a review of the Chevy Volt. Part II to follow. 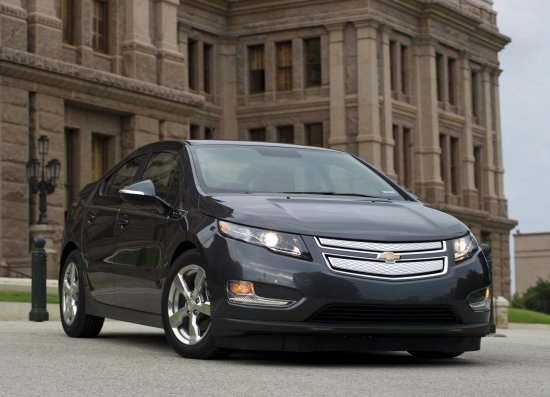 Every once in a while, as I get older, something about our everyday world circa 2011 just blows my mind.  It’s as if my inner twelve year old, who’s permanently stuck in 1990, peeks out into 2011 through my adult eyes, sees what the future has brought us, and just totally geeks out.  For example, not long ago, I took a picture of a Tesla Roadster with my iPhone.  It was a pretty ordinary thing to do, but I thought, “Holy damn.  I just took a picture of an electric sports car with a phone that has a camera, an internet connection, a processor five times faster than the one in my first computer, and a navigation system.  This is the future.”  And I think it blew my mind precisely because it was such an ordinary, commonplace thing, because in 2011, tiny pocket-size supercomputers are everywhere.  It’s a mild flavor of future shock, the disorientation people feel in the face of rapid technological and social change.

I started feeling a similar mix of emotions as I stood in line one warm March afternoon outside the Denver Convention Center, waiting to drive a 2011 Chevrolet Volt.   The Denver Auto Show was in full swing, and many of the manufacturers had test-drive events to show off the latest metal.   Over at the GM tent, they had Equinoxes, Camaros, Cruzes, and Volts to drive.  I’d been reading about the Volt for months, so I immediately went over to check it out.

END_OF_DOCUMENT_TOKEN_TO_BE_REPLACED

I Speak For The Trees: Who Killed The Hydrogen Car?

We’d like to extend a warm welcome to “Charlie Singleton”, a scientist and auto enthusiast who will be sharing his unique perspective with our readers on a semi-frequent basis. No, that’s not his real name — jb

The hydrogen car, once a promising alternative fuel technology, died after a long, courageous struggle against logic and evidence in Washington DC on May 7, aged 43. It is survived by two brothers, the plug-in hybrid and the gasoline-electric hybrid, and by its father, the electric car.

Its death was announced by Dr. Stephen Chu, Secretary of Energy, in a dispassionate statement delivered after ceasing heroic life support measures. “We asked ourselves, ‘is it likely in the next 10 or 15, 20 years that we will convert to a hydrogen car economy?’ The answer, we felt, was ‘no.'”