The 2020 Acura NSX is making its debut in Pebble Beach this week, painted in this beautiful Indy Yellow Pearl paint. Acura calls...

It’s reassuring to see Japanese automakers taking a renewed interest in driving dynamics for mainstream models, and nowhere is... 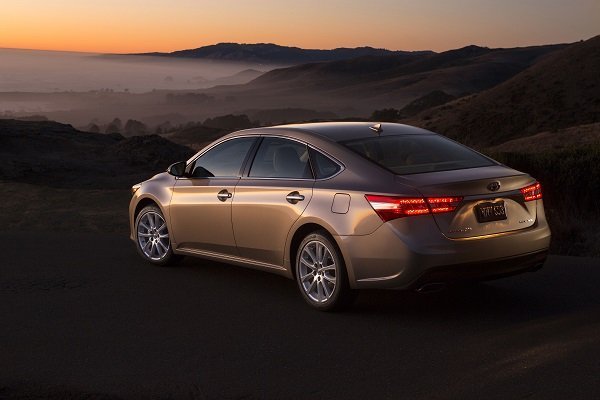 Toyota’s midsize sedans recall the old German automaker mantra of “one sausage – three lengths” – in that the platform that underpins the Camry, Avalon and Lexus ES350 makes them all essentially the same underneath, but they wear vastly different sheetmetal and appeal to different buyers. You might think I’m stretching the metaphor a bit, but hear me out: all of these cars are remarkably similar under the skin, and yet they drive, feel and look completely different. So maybe it’s not a take on the German mantra, but a Japanese one – one sushi roll, three lengths.

END_OF_DOCUMENT_TOKEN_TO_BE_REPLACED

If you are looking for a smart sport utility vehicle that can actually deliver the goods, both in the city running errands and in the snow or off-road then check out the Honda Pilot. Speed:Sport:Life ran a 2012 model Honda Pilot from the top of the United States at Niagara Falls down to the bottom of the Mississippi River. The Pilot was filled to the brim with family, luggage and even a soap box derby car. It turned out to be the perfect road trip vehicle.

Check out how this SUV handled the Racer Boy review categories.

END_OF_DOCUMENT_TOKEN_TO_BE_REPLACED

If you are looking for a mid-sized sedan that can get your daily errands completed without killing your pocketbook at the pumps, but at the same time has a sense of style and performance, then check out the Acura TSX. Speed:Sport:Life put this baby through the paces recently and found it to be a great handling machine with some top of the line features for the price.

Check out how this sleek sedan handled the Racer Boy Review Categories.

END_OF_DOCUMENT_TOKEN_TO_BE_REPLACED

Honda’s Acura brand has released their full-length Super Bowl ad starring Jerry Seinfeld and Jay Leno fighting to become the first to order the new Acura NSX Concept which debuted at the 2012 NAIAS. Pretty strange to see Seinfeld pitching for Acura but we all know Seinfeld and Leno are car lovers, no matter what the brand.