Undeterred by this season’s heaviest snowfall, Speed:Sport:Life trudged over to McCormick Place from our downtown Chicago...

by Carl Modesette. NAIAS Photography by Zerin Dube, Mark Fields photo courtesy of Ford From 10,000 ft, the glow of Detroit after...

“So you’re a journalist?” The question snaps me out of my hung-over trance. The landscape around Detroit Metro Airport isn’t...

END_OF_DOCUMENT_TOKEN_TO_BE_REPLACED

SMACK! My right fist banged off the arm of my pumpkin-colored Natuzzi recliner as the swelling bloodthirsty tide of righteous f***ing indignation crested in my feverishly twisting heart. I almost spilled my coffee over the Natuzzi leather. What a disaster that would have been! In the space of a moment I?d redone all the tendon and ligament damage so patiently healed over the course of the past month, an injury suffered in a last-ditch but ultimately successful attempt to keep my completely sideways Neon race car off the man-killing concrete wall in Putnam Park?s final turn by dialing in steering corrections faster than my hands could accomplish without literally ripping the sinew from the bone. The pure adrenaline which had then twisted the wheel into a blur of spokes now bulged my eyes from their sockets. I was going to find this guy and beat him until he couldn?t stand. I would pull him up by his neck, flick out my titanium-gold-nitrided Kershaw assisted-opening knife, and cut his eyeballs out, one at a time, taking care to pop each optic nerve off with a delicate finishing flourish. And then I?d really get angry. Death would be too good for this guy.

Putting aside the bloody infernal cheek of insulting the premium X-body compact, the friendly-looking, velour-lined small Buick known in contemporary advertising as ?The little limousine?, can you see why I was angry enough to contemplate booking a last-minute flight to California (of course that kind of idiocy finds its expression in California) for the sole purpose of committing a bit of the old ultra-violence? This drooling moron wants the ?Big Three? to sink into the abyss of history? because he didn?t like the 1980 Skylark? He?s deriving his perspective on perhaps the most dangerous moment in the entire history of the American middle class from a drive in a twenty-eight-year-old car? It?s too ridiculous to seriously contemplate ? except for the fact that, judging by what I?ve seen and read of the Detroit ?bailout? hearings, the elected officials of our government aren?t much smarter than Mr. Skylark.

It?s time to cut the crap, and that?s why this will be the shortest Avoidable Contact you?ll ever read. The ?bailout? must happen. Without it, we?re all going to suffer serious consequences, and by ?we? I mean you, me, the guy down the street, Mr. Skylark, and everybody who has ever spent more than five minutes of their life away from ?World of Warcraft?. I don?t care if you love American cars or despise them; without the bailout, you?re in trouble, pal. You can take my word for it, or you can keep reading to find out why even the most testosterone-challenged, America-hating, hemp-wearing, Prius-pedaling tree-hugger needs Detroit to keep cranking out the American Iron.

END_OF_DOCUMENT_TOKEN_TO_BE_REPLACED

Lord Byron — Shove Your Notes up Your Errata, Mr. Morford

Detroit Must Die. That was the title of a column written by Mark Morford of the San Francisco Chronicle’s SFGate (dot com).Â ThoseÂ terms should be enough for you to google your way into that abyss of idiocy if your self loathingÂ compels you to do so. Originally, this week’s column was going to be an educational one. I was going to point out the impacts, both far-reaching and highly localized, of a hypothetical Chapter 7 collapse of the country’s largest auto maker. And then IÂ got a link to Mr. Morford’s article. And I was disgusted.

END_OF_DOCUMENT_TOKEN_TO_BE_REPLACED 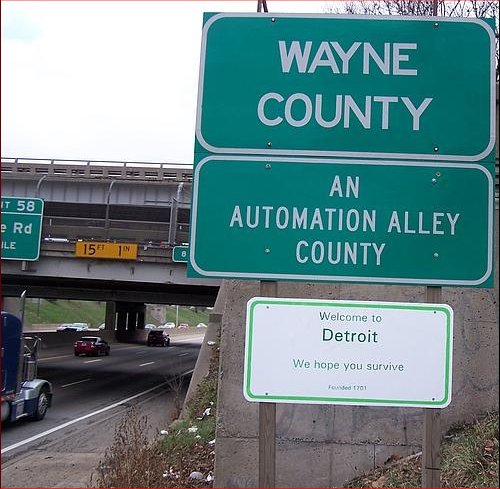 The hard news arm of the automotive press has been cursed with the grim task of reporting on the disaster that is new car sales figures over the past two months. I don’t envy them their task. The words “Black Tuesday” have been used to describe the July 1st release of June, 2008 sales figures, and for good reason. Truck sales are flatter than the Olsen twins, Chrysler is in what could only be described as a free-fall, and Ford and GM are hanging on by their fingernails. Whispers of a new recession and a return to the gas crunch of the 70s have prompted journalists, automotiveÂ and mainstream alike, to draw parallels between today’s industry and that of the late 60s.

At 23 years old, I haven’t been alive long enough that I can wax nostalgic about Detroit’s “heyday” and the troublesome years that followed. For that, I’ll refer you to Old Man Jack and his wayback machine. No, my knowledge of (and concern for) the survival of the Big Three is founded entirely in the present day. What does that do for my perspective? It would take a wiser man than myself to say for sure, I suppose. To a casual observer though, it’s uncanny how many similarities exist between these four-decades-removed time frames.Â But there areÂ thousands of e-conomists on the Internet who can tell you how right or wrong you are about domestic product planning, soÂ I’ll side-step the argument overÂ Detroit’s short-sightedness for the time being. What’s done is done, and there is much more yet to do. Nobody knows for sure where the market is going (If you’re an exception to that rule, however, you’d do well to start applyingÂ for jobs in Detroit), but one thing seems painfully obvious: The automotive landscape of 2015 willÂ lookÂ very different from that of 2005. The times, they are a-changin’.