The Escape is an incredibly important vehicle for Ford, given that it holds the brand’s second-place sales crown (behind the F...

Imagine my surprise recently when the Focus that showed up at my doorstep, rather than the attention-grabbing ST or RS hatches...

The Mustang has long been Ford’s bread-and-butter performance car, the granddaddy of the pony car segment, object of desire for administrative assistants and mulleted gentlemen alike (depending on engine choice). OK, that last shot might be a bit unfair. Even this article’s distinguished author, widely known for his discerning taste, once succumbed to the Mustang’s blue-collar charms. In a moment of fitful lust I bought a brand new 2011 GT Coupe, a five-liter in screaming yellow, equipped with the Brembo brake package and a manual transmission – as it should be. That was a fantastic car, loaded with character if a bit rough around the edges, but its charm wore off quickly for me and I retreated to the import brand camp I knew and loved after 10 short months with it. Perhaps this new EcoBoost model will be able to change the minds of even the most hardened import fans like me?

END_OF_DOCUMENT_TOKEN_TO_BE_REPLACED

The Escape is a compact crossover class stalwart, fighting tooth and nail with the Honda CR-V and Toyota RAV4 for the sales crown, month in and month out. As a symbol of the new global Ford it carries itself well, although the last Escape was decidedly archaic when compared to the current model introduced in 2012 and even it sold well. The Tiguan I drove a few weeks back is an also-ran in its sales segment despite being a great car, selling just a tenth of what the big names do. Is the Escape ten times better, or is it simply name recognition at play? We borrowed one for a week to find out.

END_OF_DOCUMENT_TOKEN_TO_BE_REPLACED

Lord Byron – Price Flexibility: What are we willing to pay for a domestic? 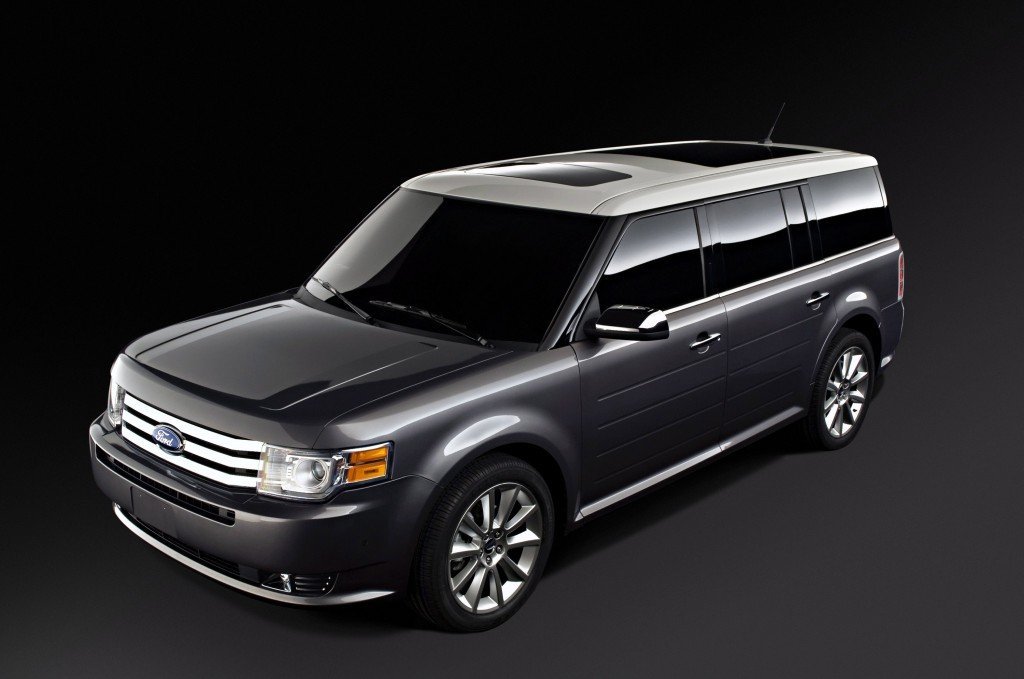 Price has been a common theme of late in Ford product reviews. While impressions are generally positive (or even better, in many cases), The Press as a Whole just can’t seem to wrap their collective heads around how much these cars cost. Whether it’s the upscale new Taurus or the (apparently) stratospherically-expensive EcoBoost-equipped Flex, nearly every evaluation ends on the same note:

“This is a great car, but are buyers willing to spend this much for a Ford?”

In the world off loss-leader Escorts and Cavaliers (and even Focuses and Cobalts), that question may not be entirely out of line. But when you start dealing with family haulers of the tall and wide variety, the premise is not so solid. So how ’bout it? Are Americans willing to shell out $36k+ for a barebones twin-turbo Flex?

The short answer is yes.

END_OF_DOCUMENT_TOKEN_TO_BE_REPLACED

Avoidable Contact #28: Lincoln and Cadillac, MKT and CTS-V, one last time, to the death.

It seems like yesterday, but it was long ago, as the song says. One day in the spring of 1982, my father pulled into the driveway behind the wheel of a new Lincoln Town Car Signature Series. His new Lincoln Town Car Signature Series, purchased to commemorate his ascension to the post of Executive Vice President in a small food brokerage. Let the record show that my father was thirty-seven years old, as I am now. If he was confused and occasionally frustrated by life, as I am now, he never showed it; if he struggled with doubts and fear, as I occasionally do, it was never apparent. He was a respected businessman and stalwart, if not particularly cheerful, presence at church each Sunday. Still, I take comfort in the fact that his Town Car was painted a particularly outrageous shade of sky blue, referred to as “Wedgwood” in the manual but immediately characterized by my automotively diffident mother as “Polock Blue”. Not as outrageous as a bright green Audi S5, perhaps, but neither was this the car of a man who shied away from attention.

His choice of a Town Car surprised me. My grandfather — his father — was a confirmed Cadillac man who piloted a stainless-roofed Eldorado Biarritz from home to country club and back every day. Surely a Sedan de Ville (French, amusingly, for “town car”) would have been a better choice? As always, though, Dad had his finger vaguely on the American pulse. The Town Car was “hot” and the de Ville was “cold”, so he chose the former. And how I loved to ride in that blue-velour interior, surrounded by chromed script and plastic wood, serenaded by the “Premium Sound” system complete with door-mounted subwoofers! And though my father would eventually follow that American pulse away from Lincoln, through a series of BMWs, Jags, Lexuses, and Infinitis, I never forgot this: sliding behind the wheel of a big new Lincoln meant that one had “made it”.

Fast-forward to the present day. I am in full attack mode, bearing down on the tail of an E36 BMW through a series of vicious decreasing-radius turns. He’s pushing hard, breaking the tail loose slightly at every exit. I’m holding the gap from braking zone to apex and closing it from there. A pair of utterly silent turbochargers quicken the cultured twin-cam music filtering into an exceptionally quiet cabin. We have all-wheel-drive and make full use of it, clawing the road at full throttle and ripping the scenery back through the windshield. On a wide sweeper, I see the needle swing well past the triple-digit hash mark, the Bimmer’s license plate swells to myopic visibility, and the chase is finally over. We’re on his tail, will not be shaken. My three passengers relax a bit. They are each reclined in a power-ventilated individual chair, surrounded by figured maple and stitched leather, lit by the sun through a panoramic glass roof and soothed by a studio-quality sound system. We’re in a Lincoln. More pertinently, we’re in a Lincoln station wagon.

END_OF_DOCUMENT_TOKEN_TO_BE_REPLACED

Today saw the introduction of what was justifiably called “the most important product introduction of the 2009 North American International Auto Show”, the mostly-new, .25 coefficient of drag, Toyota Prius… Oh, the hell with that. You don’t wanna hear about the Pious Pod. You want pictures of beautiful women, exotic supercars, Nurburgring-veteran Vipers, bad-assed turbocharged Lincolns, and a half-million-dollar pair of Mercedes super-SLs… and we will deliver.