Video: A Lap of The Circuit of Americas

The lights at Circuit of the Americas in Austin will glow green for the start of the F1 United States Grand Prix on...

The FIA have released a confirmed calendar for the 2012 season following a vote by members of the World Motor Sport Council. The addition of the United States round on November 18th makes for a 20-race season, which will get underway in Australia on March 18.  Note that the Turkish Grand Prix has been eliminated from the schedule.  The season finale will take place in Brazil on November 25.

END_OF_DOCUMENT_TOKEN_TO_BE_REPLACED

See the full gallery of the Red Bull F1 Showcar in action in Austin, TX after the jump.  Also check out our story on Jalopnik for the full story on what driver David Coulthard thought about his first visit to Texas and the future of F1 in the United States.

END_OF_DOCUMENT_TOKEN_TO_BE_REPLACED 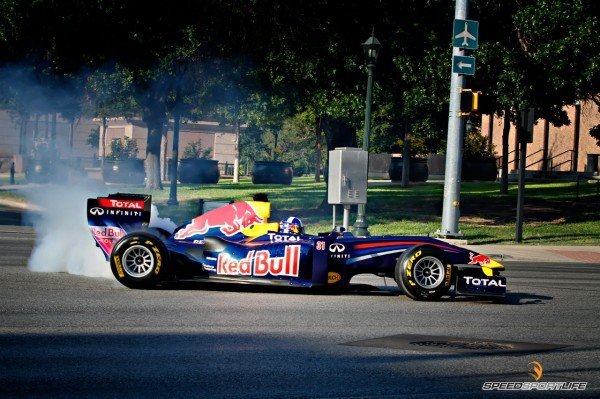