The automotive enthusiast community has been on fire lately with anti-SUV drivel. There have been countless articles on various...

Introduced for 2011, the current-gen 6 is BMW’s largest, most sumptuous and most expensive convertible, and to keep it relevant...

Jaguar, rarely one to build homely cars, has nevertheless been on an unprecedented streak of late, churning out one fast... 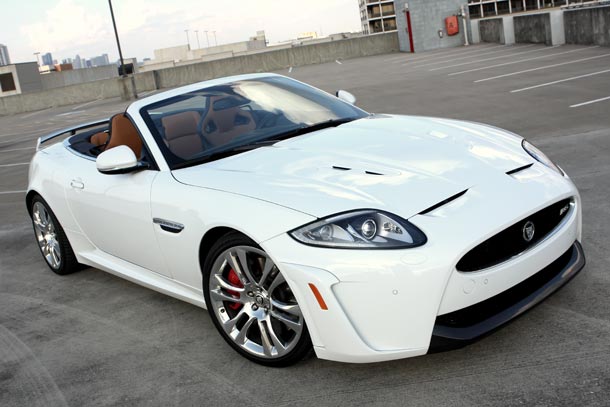 The idea of removing the roof from a supercar is about as heretic a concept for diehard auto enthusiasts as scalping a baby bunny would be to a card-carrying PETA member. Hence the personal crisis I’ve been having in the days since driving two of 2012’s most over-the-top topless sportsters: the Mercedes-Benz SLS AMG Roadster, and the Jaguar XKR-S Convertible. What I’m grappling with, as an enthusiast, is the thought that truthfully, I’d rather have either of these beasts in drop-top form than their coupe counterparts. Blasphemy? Read on to decide for yourself.

END_OF_DOCUMENT_TOKEN_TO_BE_REPLACED 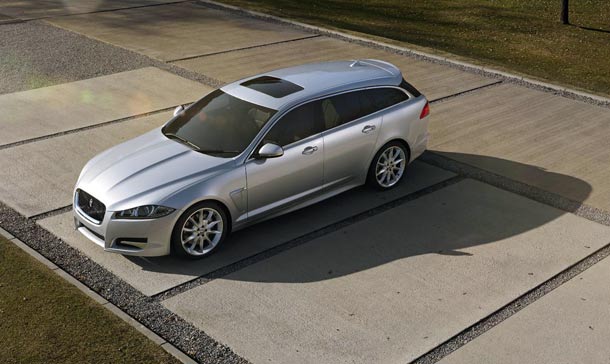 Jaguar has released the first images of the upcoming XF Sportbrake which is set to début at the 2012 Geneva Motor Show.  The XF Sportbrake (or wagon as us Yankees call it) is new from the B-pillar rearward, and gains 5mm in length but less than 70kg in weight over the XF sedan.  Rear seat passengers will benefit from an additional 48mm of headroom over the XF sedan as well.  The XF Sportbrake will be available in Europe in either a 2.2-liter four cylinder or a 3.0-liter six cylinder engine which deliver power to the rear wheels through an 8-speed automatic transmission.

Jaguar says the XF Sportbrake will go on sale in the third quarter of 2012 but we are willing to bet we’ll never see it on this side of the Atlantic.  Damn shame too because the XF Sportbrake is one of the most attractive wagons we’ve seen to date, and the thought of an XFR Sportbrake makes us drool even more.

We’ve got a full Jaguar XF Sportbrake image gallery and the Jaguar press release after the jump.

END_OF_DOCUMENT_TOKEN_TO_BE_REPLACED

Highway 395 is a lonely stretch of asphalt on the back side of the Sierra Nevadas, and one of the most beautiful roads in California. Situated in the Owens Valley, it has spectacular views of the mountains that surround it on both sides. It’s also apparently a very popular place for butterflies and other insects to breed, as they were doing so in the middle of the road. A great many flying insects met their fates that day, but my personal favorite was the butterflies. They were large enough that you could see them arc into the windshield, where they exploded in a sticky yellow burst that sounded like a small bird detonating on the glass. One particularly good one was smeared from the bottom of the windshield almost to the top. It was a very amusing way to pass time between Lake Tahoe and Death Valley.

Anyway, this week, we have more news on the Tata Motors purchase of Jaguar and Land Rover, BMW considers shedding the pounds on future M cars, Jay Leno weighs in on the potential suck of the US version of Top Gear, and fancy footwear on this week’s Useless Automotive Tchotchke. Share and Enjoy™.