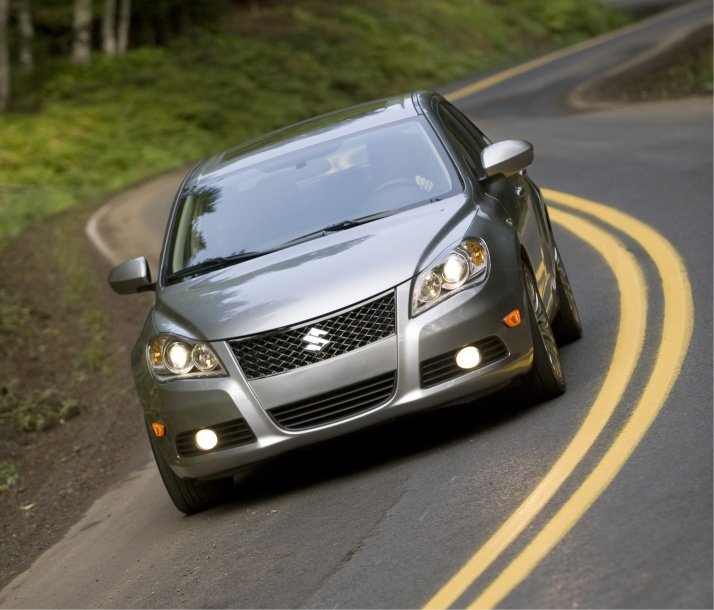 If you’re a fan of sporty Japanese sedans, the last few years have probably been a bit depressing. Between the feast-or-famine market conditions and declining availability of enthusiast-oriented options, there hasn’t been a lot to celebrate. Some lights have shined brighter and longer than others, but all seem to fall to the ceaseless  march of consumer-driven “progress.” We got the Mazda6, brilliant as a driver’s car, but not a hero of the showroom. In its second generation, we lost the manual transmission on the V6, the slightly-too-small-for-this-market dimensions, and the double wishbone front suspension. The Speed6? Gone entirely.

The TSX, in its first iteration, was a balanced and nimble car. Now? Overweight and overburdened, but with an optional V6 available (if for no other reason than to further dilute Acura’s model lineup). And the TL? Let’s not. The list goes on.

The Legacy GT? Bigger (though manual-only now).  Lexus? Well, the IS sprouted an “F” model that eschews some of the most important enthusiast options, but at least boasts decent handling and a V8 that makes very nice noises. Nissan dropped the 6-Speed in both of their sedans (for a CVT, no less) despite bringing back the Maxima’s 4DSC designation. Only the G37 6MT soldiers on.  For now.

In light of that, I wish I could now say that things are looking up. After all, Suzuki’s new entry in the almost-midsize segment really is something. Between its vaguely Jetta-esque (yet comfortingly un-Corolla-like) exterior and its hunkered-down, aggressive stance, the Kizashi certainly looks the part. The 185hp, 2.4L engine speaks well for itself, and the chassis is incredibly willing. Everything about this car (and I do mean everything) screams “fun.” It’s a formula that hasn’t come together so well since the original 4-cylinder Mazda6 and the first-generation TSX came to market. It’s brilliant. 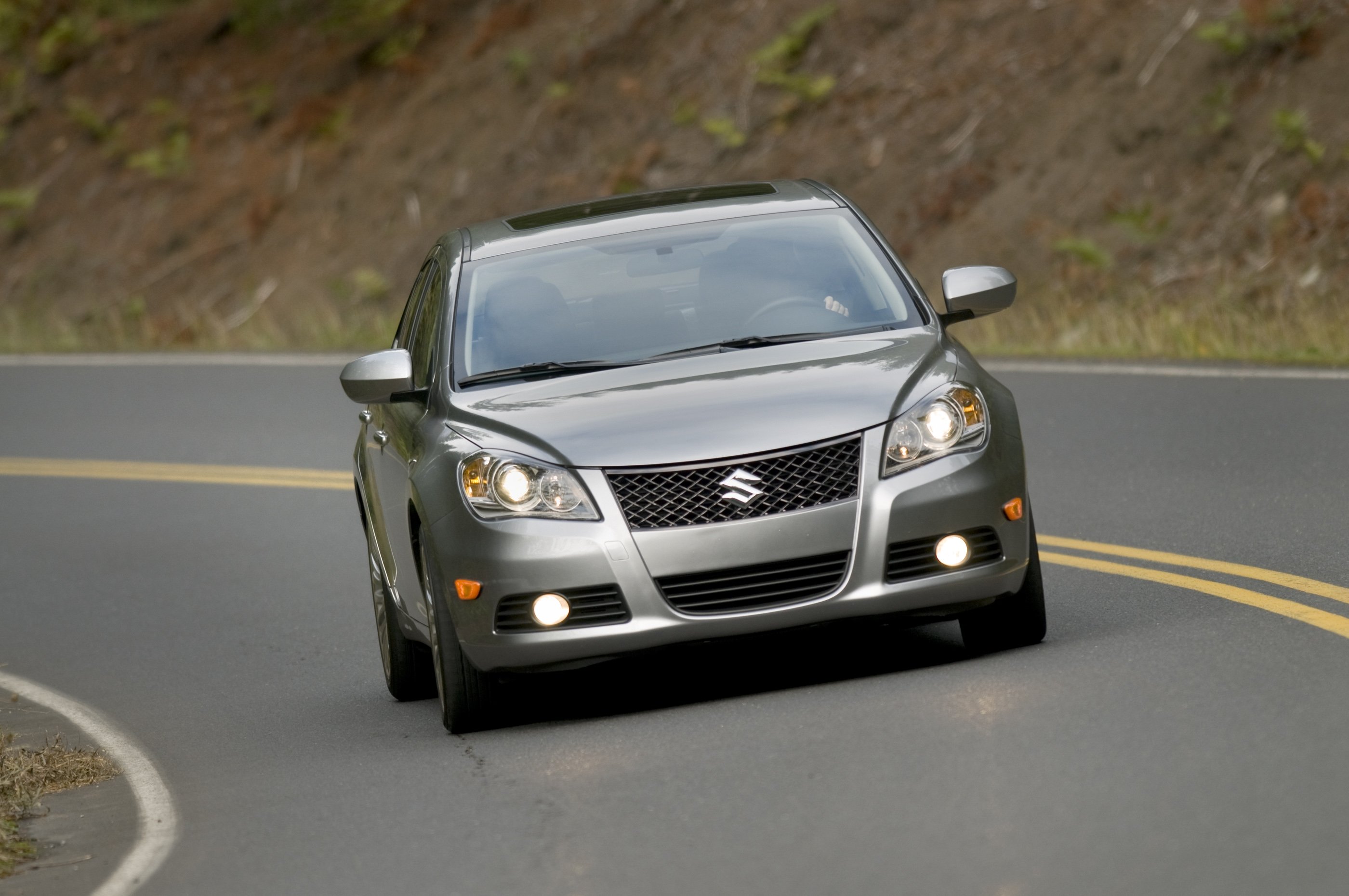 Let’s get this point out of the way: the Kizashi is not an expensive car. Our well-optioned GTS rang the till at only $22,879.  For this, we got everything but leather, navigation, all-wheel drive and the CVT. You can’t break $30k even on a loaded example unless you’re really trying. And because of this, the Kizashi is an honest car. The interior isn’t overwhelmed with superfluous soft-touch. The shifter isn’t counter-weighted, so it feels a bit light and even vague when first grasped. There’s no excessive gimmickry or gadgetry, just an attractive, functional dash. If you want the truth, it reminds me of a scaled-up and more expensive version of the Fiesta’s interior. It’s all very… European. Not “European” in the way many car enthusiasts fantasize, but European in the sense that if you actually went to Europe, you could imagine a middle-class, suburban family loading one up to go on holiday. 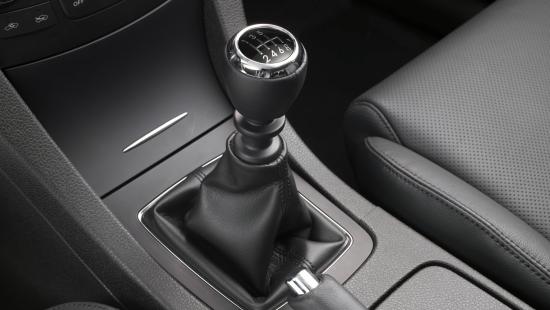 Not perfect, but perfectly good.

And as for going, this car does that well too. Once you fire it up and grab a gear, you forget bit-by-bit how wobbly and light the shifter felt in your hand as you flick through each successive shift. The clutch is light and the engagement point a tad vague, but after a day or two you won’t notice. The engine delivers all 185hp very eagerly, even with ~3250lbs to pull around. It can get a bit thrashy up near red line, but manages to avoid being too buzzy on the highway. With three people in the car, it still tackles highway merges with pedal travel to spare.

All the better if those merges involve twisty on-ramps. The GTS’s 235/45R18s, massively wide for a car of this size and mission, are relentlessly grippy and communicative, and the steering transmits every bit of it without putting a foot wrong. There’s not a lot of weight to it, but light is only bad if the ratio’s off or the feedback isn’t there, and neither is the case with the little Suzuki. The car is easy to drive in all conditions and with any degree of urgency. And even with me testing its limits at every turn, it still kicked back a 31MPG average over a tank and a half of fuel. 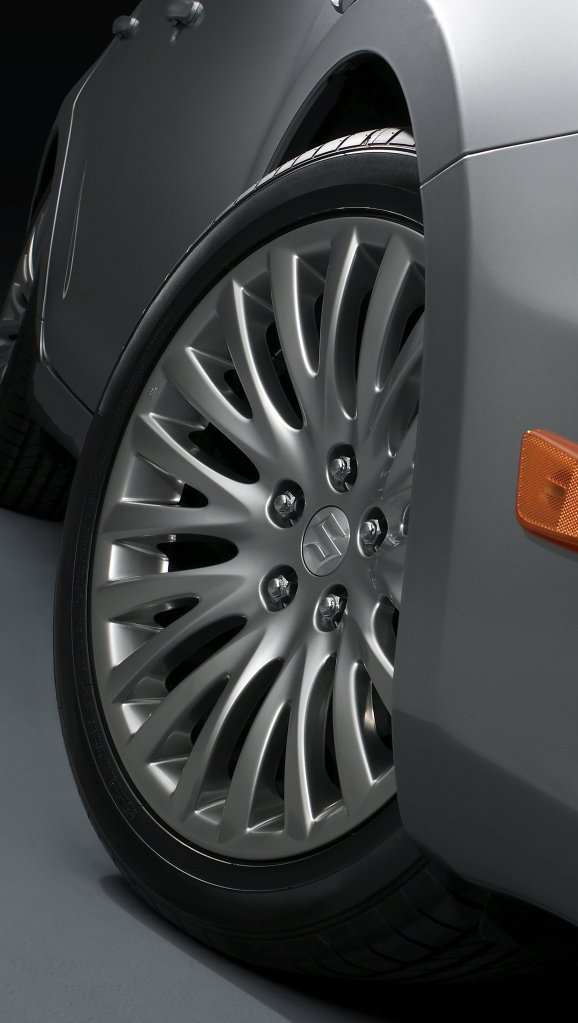 In fact, I really only have two complaints. The first is obvious: the divorce from GM leaves Suzuki without a “big” engine, and this chassis could easily cope with another 75 or 80 horsepower without getting frazzled. It’s really that good. The problem is, of course, that they aren’t really strong enough here to justify coughing up money to replace the GM 6-cylinder that some journalists got to preview in the car earlier this year. The second is the lack of a manual option if you go for the all-wheel drive, but that’s a simple reality of today’s market. Unless I’m mistaken, the only manufacturer with an answer to this is Subaru.

These are really minor quibbles in the grand scheme of things, however, because a much larger elephant is sitting just behind your shoulder as you read this. And that elephant is branded with an enormous, stylized “S.”

Not getting it? Let’s try another approach. Ask yourself this: do you even know where your local (I use that term very loosely) Suzuki dealer is? I’ll be honest; I didn’t. Turns out it’s in the same building as the Mazda dealer where I bought my 6 not a half a decade ago. Yeah. They sell Suzukis there. Who knew?

Nobody. In fact, only 478 Americans managed to trip over a curb and land next to a Kizashi in August.  This is a company that sold fewer than 40,000 units in the United States in 2009 and is barely on pace to move half that this year. Ford will probably move that many Fusions this month. Despite the car’s strengths, that just doesn’t paint a very pretty picture for the future of the Kizashi here in the States. So even if you can find a Suzuki dealership, there’s a reasonable chance it won’t be around in a year or two when you need warranty work.

To an enthusiast like you or me, that may not necessarily be a deal breaker. The 2.4L is still a GM corporate mill, so engine-related work could probably be done with relative ease at a Chevy dealer, but is that really a chance you want to take on recommending the car to a friend or relative? I don’t think I could do it.

There may be some hope yet for Suzuki, though. With Volkswagen Group picking up where GM left off, there’s certainly no shortage of potential cash floating around their parent company. Unfortunately, the Kizashi matches up quite well with VW’s new U.S.-centric Jetta, both of them falling just shy of true mid-size sedan dimensions. With the VW’s emphasis on refinement and the Kizashi’s on driving dynamics, let’s hope they’re just different enough to coexist. Only time will tell.

Until then, we have yet another sporty Japanese sedan to celebrate. Here’s hoping it lasts longer than the others.

Suzuki provided the Kizashi for the purpose of this review.