The last time Jim rode shotgun with me in a Ford F-Series pickup, I subjected him to far worse. At this point, the first thing he checks for when he gets into a press car is the presence of an “oh shit” handle. By now, regular SSL readers are probably convinced that I have all the on-road driving manners of Kurt Busch, but I assure you that is not always the case. Honestly. I’m really not trying to push it with the F150 at all, but when you’re dealing with a truck this big with such a light rear end, it’s easy to break the over-sized hockey pucks on the rear axle loose. In these slimy conditions, a little EcoBoost goes a long way.

By now, you should be well-acquainted with Ford’s EcoBoost marketing machine–big-bore power with small-bore economy right? And you’re probably also familiar with various attempts that have been made to independently verify those claims. Well-meaning or not, these tests all have their flaws, whether they’re evaluating  similar trim levels with dissimilar rear-end gearing or confusing readers by comparing the efficiency of the EcoBoost V6 to, err, the efficiency of the EcoBoost V6 (to be fair, Pickuptrucks.com said they would do an apples-to-apples comparison of the F150 5.0 and F150 EcoBoost in a later article, but as of this writing, I could not find it on their site). Unfortunately, I can’t do any better. 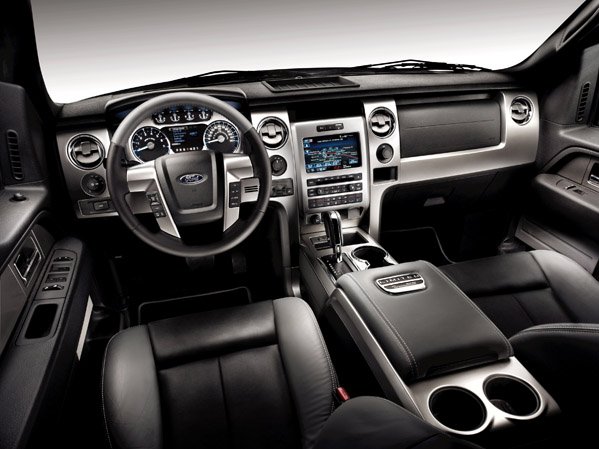 And I’m not going to bore you with a fully on regurgitation of the EcoBoost philosophy. I’m sure that by now you’re fully aware of the tech. Take a V6, turbocharge it twice, put it where a V8 normally goes, and voila–EcoBoost. So, I’ll skimp on the specifics. After driving the F150 for a week, I’ve found that it really boils down thusly: The F150 EcoBoost is a truck for people who want V8 power and turbocharged torque, but don’t feel like they need the robustness of a heavy duty chassis or the added cost of a diesel powerplant. In short, if you need a truck to do truck things, but you don’t need to haul 15,000 pounds from Maine to Florida, chances are the EcoBoost is exactly what you’re looking for.

For once, our plans for a truck outing have worked out. Horse, truck and rider were all healthy enough for a day trip. For S:S:L, this is nothing short of a miracle, and I was especially thankful because another spontaneous Outer Banks road trip wasn’t really on my to-do list.  And while the trip itself wasn’t flawless, the F150 was. Journalists tend to abuse the tired notion that a well-executed tow vehicle makes it feel like the trailer isn’t even there, but to illustrate the point somewhat, Nicole actually managed to start off from the parking area with the horse hauler still hitched up, not realizing it was there until 50 ft later,when one of her riding buddies came running up to stop her from taking off with all of the equipment.

Unfortunately, the drive to and from the venue was only a mile or two, so we couldn’t get any reliable fuel economy info with the trailer attached and it gave us few opportunities to test the toys in our max-tow equipped tester, but the truck impressed enough that another member of the group decided to go out a month or two later and buy one.  I’d call that a decent endorsement. 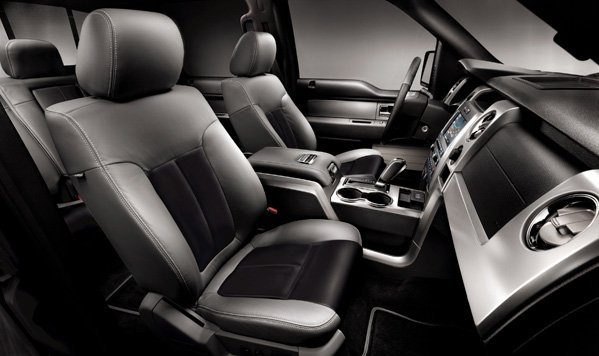 Day-to-day though, the EcoBoost doesn’t really make or break the truck. A week of mixed driving kicked back an 18mpg average, with peaks in the low 20s on the highway, but nothing earth-shattering. As mentioned before, our tester was equipped for the maximum towing capacity available on an 4×4 F150–11,000lbs. That means you’re stuck with 3.73:1 rear axle ratio, not the more frugal 3.55, but all things considered, kissing 20mpg with a 365hp gas engine in a 5,000lb truck is plenty impressive. And since it’s a Ford, you get all of your connectivity and tech options bundled in.

As I said before, the EcoBoost, while great for truck type things, doesn’t magically transform the F150 into an efficient day-to-day vehicle. If you didn’t think you could afford to DD a truck before, then you still probably can’t. At $48,465, our tester was not cheap, nor was it mind-bendingly frugal. Now, you don’t need our max-tow 4×4 SuperCrew just to get into an EcoBoost (2WD, single-cab prices start around $31,000, which, incidentally, will get you into a V8-powered F250 or F350 if you’re so inclined), but if it’s the capability you’re after, be prepared to drop at least $34,000 or so if you must have the EcoBoost, four-wheel drive and a locking or limited-slip rear end. And that’s a bit of a bargain when you consider that you can’t touch a Diesel-powered Super Duty 4×4 for less than $40k. But if you don’t need that kind of utility, the base 4×2 with the 3.7L V6 gets even better mileage and will only set you back around $23 large. That’s Golf money.

Good truck? Absolutely. But it’s up to you to decide if it’s what you need. If it is, it’s also a bargain. If it’s not, well, caveat emptor.